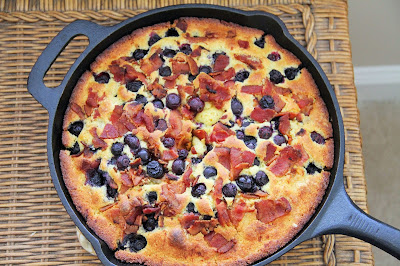 It actually was down to freezing after temperatures in the 50's foe much of December in Chicagoland.  A good night for a simple meal, served with salad, as I'm watching my calories and just had a little wedge with that. My skinny, metabolism of a hummingbird, husband had a WEDGE :-)

It's the bomb.  Moist and both sweet and savory with a smoky/crunchy crust. For the vegetarians in the bunch, make with some of the veggie "bacon" strips and just crumble on top like you would the regular bacon.  If you're using blueberries thawed from fresh, dry with a paper towel, or toss with a teaspoon of flour so the juice doesn't stain your cornbread blue. 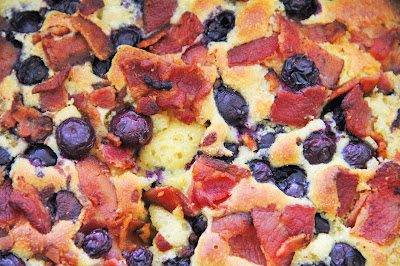 Cook 6-7 pieces of bacon in a cast iron skillet.  Remove bacon and pour off 90% of the drippings, leaving a two or three teaspoons in the pan, swish it around and up the sides.

In a large bowl mix 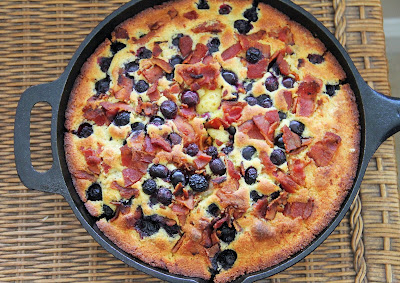 In another bowl whisk

Mix wet ingredients into dry in the big bowl until moistened and pour into bacon greased (or buttered) pan.  Top with a pint of fresh blueberries and chopped bacon. 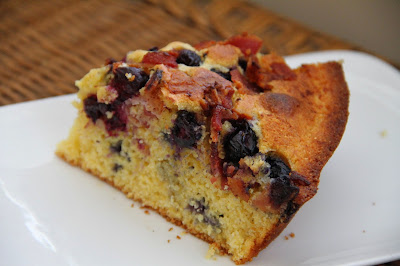 Bake for 25-30 minutes.  If not done - reduce heat to 350 degrees and bake another 5-10 minutes. Edges should be nicely brown and a knife stuck in the center should come out clean when it is done.

And someone woke up from their nap in the family room when the pan went past. 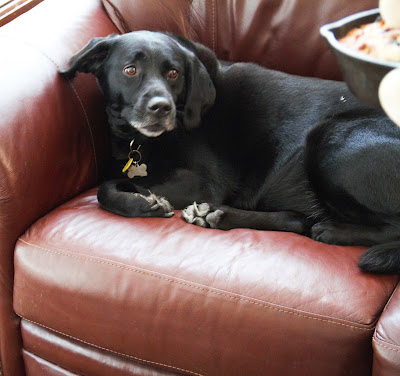