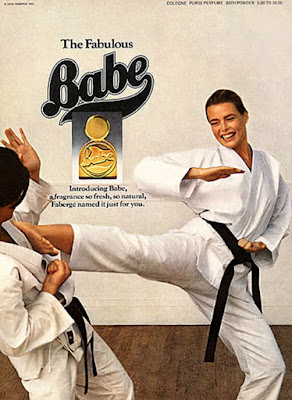 Abby Lab here - Mom was all excited as she got a special pressie.

Mom doesn't care much about fashion, but she loves her girly beauty and bath products.  I swear she has more bottles of bath goodies than I have stuffies.

But even though she has some scents she really likes, she missed her favorite from her college years.

It was an era where more and more women were entering the workforce as other than secretaries, teachers, or nurses and taking risks.  Mom remembers people telling her "women aren't airline pilots" at which point she'd spray on her Babe, climb into that little Spam Can and  take off, dreaming of swept-wing jets.  She had a good example, her Mom was the first female Deputy Sheriff in her county, and though she was happy to quit when she and her husband adopted Mom fairly late in life, she was proud of that accomplishment.

After college and some employment flying for Uncle Sam, my Mom was not just an airline pilot, she was the Captain, 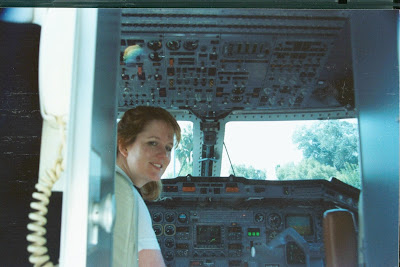 Babe and Charlie was about all of the fragrance she ever wore.  The Charlie that's in the US now is not exactly the same scent as from the 70's but the version she can get in the UK is.  But sadly, the original Babe has been gone for over 20 years and the the knock-off ones she tried did not smell the same.

It was woman's  fragrance of the year in 1977 and discontinued in 1992 with worldwide sales of $50,000,000 (in retro dollars). Actress/Model Margaux Hemingway was in the ads, doing something daring or wearing a wonderful evening gown out with a handsome man in a tux.

Mom really missed it when it was discontinued 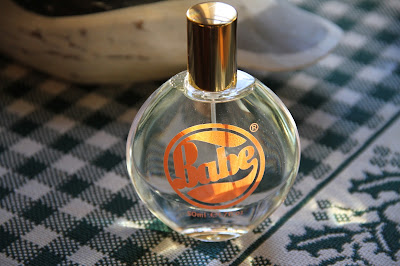 But guess what.  A company in England is making it again, and it smells exactly like the original. Dad found some in London, but you can order it online.

Mom smells so good, and she's having flashbacks to the 80's I think.

She's out in the kitchen with an apron on singing "I can bring home the bacon and fry it up in a pan. . . ." WTD is up with THAT?? 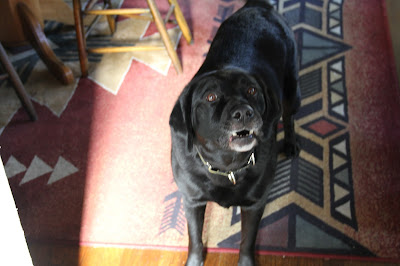