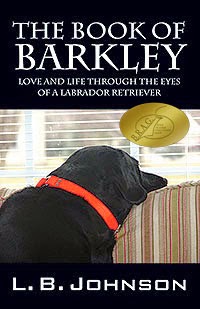 Writing two books in 12 months, with a challenging career, family thousands of miles apart and a long commute-- was work, but enjoyable work.  Editing and marketing the book once it was published was even more work. It felt like holding down two full time jobs. I tried not to promote to the point that my readers were throwing rotten fruit, or resorting to dressing up in a dog suit, while handing out copies at the pet expo, but marketing a book is not for wimps.

Sure I could have got a publicist but that can cost thousands, money I didn't have with Dad's full time nursing care.  So I just started telling anyone I knew about The Book of Barkley, and submitting it to any reputable review site and those awards that didn't have  large entrance fee.   It's hard to get noticed when more than half a MILLION new books get added to the book ranks every year. The  blog community's support and the literary acclaim has been great but last Friday, on Good Friday, a day that's pretty difficult for me as it's the anniversary of my brothers death, I got notification that a well regarded group in the publishing industry, deeply involved in promoting self-published authors, and very selective about the books has given The Book of Barkley prestigious B.R.A.G. Medallion. 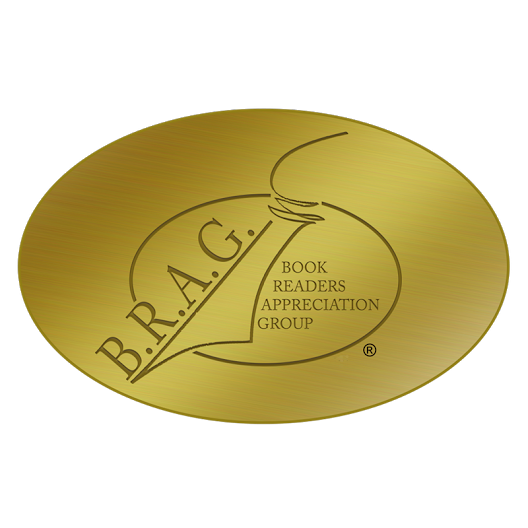 BRAGMedallion.com is owned and operated by indieBRAG, LLC, a privately held organization that has brought together a large group of readers, both individuals and members of book clubs, located throughout the United States and in ten other countries around the globe. The word "indie" refers to self or independently published books, while B.R.A.G. is an acronym for Book Readers Appreciation Group.

"Our mission is to discover new and talented self-published authors and help them give their work the attention and recognition it deserves. Our primary focus is fiction across a wide range of genres; however, we selectively consider non-fiction books as well.  One fearsome, yet reassuring, statistic is that IndieBRAG rejects 90% of books that it considers. Not quite two years old, it already has an excellent reputation as a serious “Guardian at the Gate”. At the recent Self-Published Book Expo in New York, IndieBRAG presented an authoritative report on self-publishing and was the only panel out of 17 filmed by C-SPAN’s Book TV."

I’m honored to have The Book of Barkley recognized with such an honor and happy to be part of a literary family so passionate about independent authors while they raise the bar on what can be expected from authors working beyond the traditional publishing standard.

It will show up on their homepage on the 16th of April.

All proceeds for April Sales going to Kevlar for K9's

Thank you, all of you, who have shared this journey and supported both the effort and my family.
-LB. as always, in memory of Barkley
Posted by LBJ at 9:07 PM