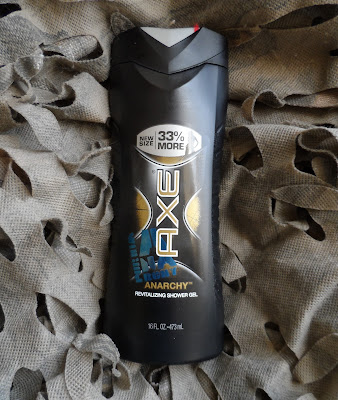 I had a little time at lunch today to do some shopping before the snow hits, picking up food for Thanksgiving as well as some little gifts for Christmas.

I bought this bottle of shower gel on sale, as sort of a fun Christmas stocking stuffer, just because the name sort of cracked me up and I figured it would be good for a smile.  Plus cheap shower gel for the guest bath.   Anarchy.  Unleash Chaos.

Then I opened it and unleashed something.  But it wasn't chaos.

Once, when my brother was going deer hunting and  I opened up the bottle of Tinks, deer in estros scent and took a big whiff, to see what it smelled like.

I do believe most of my nose hair incinerated, my retinas briefly detached and there was a compression somewhere between C-11 and C-12 as I attempted not to throw up.

Thinking it was just me, I ran it past a gal friend for a test sniff  as I stopped to drop off some books I'd borrowed.  " Wow, that's horrible" she said (and some special words she learned from Scandinavian relatives)  Her retired husband then offered his nose for a test and then promptly offered me a bottle of fine scotch  to get it out of the room and bury it.

Maybe, when one of the red hazmat bins is empty. . .no, safer to bury it. 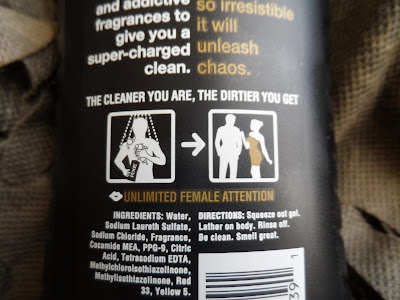 To the Anarchy-showered male in the advertising above  - trust me, unless you're one of those effeminate vampires from Twilight and tube top dress girl has a wooden stake and a big mallet handy, she's not going to be smiling on her drive home.

Scent is a deeply personal thing, and certain scents bring do bring back memories.

Brut was beyond popular when I was growing up, one of the first to use a celebrity endorsement to persuade men that grooming wasn't for wimps. Famed  heavyweight boxer Henry Cooper was the original "face" of Brut, urging men to "splash it all over" long before David Beckham had his first shave.  I think there were little machines in the bathrooms in bars you could go into with a fake ID and  have something with Kahlua and the guys would go douse themselves with it or so I heard as I don't know I was at choir practice. . .

I wasn't a big fan of Brut.  But I worked at the airport after school, pumping gas, driving this humongous truck with lousy brakes that was full of flammable liquid between large pointy moving objects and Samoans racing baggage carts.  And Dad freaked out if I drove the VW Bug on the freeway.

So I smelled like kerosene, which sort of cancelled out the Brut smell.  Besides, I was holding out for my grade school girl crush, Illya Kuyakin, so teenager boys in Brut didn't stand much of a chance. 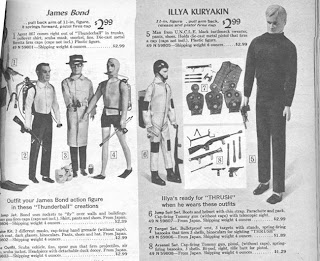 Remember Hai Karate! ? My Dad had some of that and was supremely disappointed and used to tease my Mom that his bottle must have been a dud as he didn't  have to fend of any super models with karate chops like on the commercials.   I don't remember what it smelled like but I don't think he ever had to fend off Mom wearing it, though, come to think of it, once, when he put on too much, she drove a golf ball from the back yard through the back kitchen window with a Five Iron.

Dad gave that up for Old Spice which he has worn ever since. When I go home, he gives me a big hug and I can still smell it on his sweater, that "Dad" smell that's both reassurance and comfort.


Now, there's not just aftershave, there is cologne, shampoo, body washes, shampoo/body washes (and the difference is?)

Most advertise themselves to smell like "fresh glacier extinguishing a giant forest  fire full of deer in heat" or such things.

I think the perfect man natural scent would be some sort of mysterious combination of, coffee, bacon, woodsmoke, and dark beer (with a slight undertone of 20 year old British Motor Car Wheel Bearing Grease.) 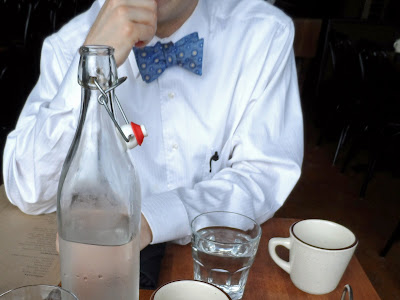 But if one has to wear an actual store bought scent, I vote for the most subtle of sandalwood (And Demeter makes this unisex fragrance called gin and tonic that's smells really good on clean skin).

But boy, are there some bad ones out there.

Russia makes some particularly vile ones though they'd be good with a twist of lime and some ice,

And there's one I can't remember the exact name of,  from a small central European country that smelled like the bottom of the sea. The place where fish poop a lot, not the Aerial the little redheaded Mermaid happy place. 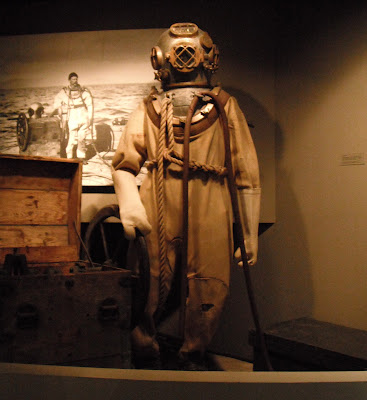 Pinaud Lilac Vegetal- can be used as a substitution for Tinks.  Seriously. You'll have a 12 point buck trying to climb your head as quick as you can say C'est vraiment de ta faute!

Masters Island Breeze - be careful you don't get any on your skin.

Aqua Velva Musk - if you want to be hit on by a hairy fur trapper,  go right ahead. 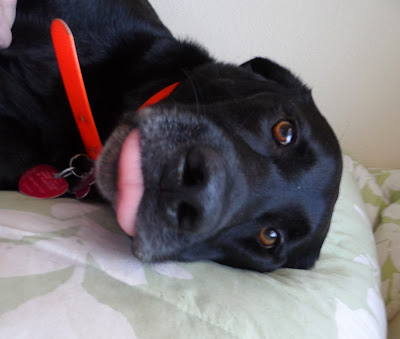 Black Magic (various grooming products) - If  you see it?   Kill it!  Kill it with Fire!

And I'd avoid Anarchy, for now.

So for our Friday Night Quiz -

Do you use scented products on your pet?

And what are your favorite people scents?