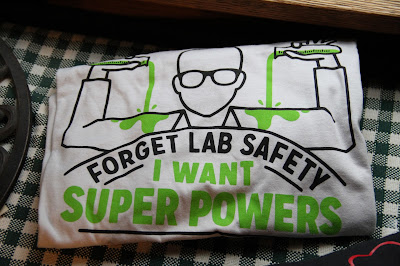 When I travel for work I try and come home with a little surprise for my husband.  He does the same for me though it's sometimes the tackiest thing he can find, a little joke between us.  In some of the foreign countries he goes to, they have been comical. So I'll often have a little gift in my briefcase as well as the obligatory snacks as I have low blood sugar (since menopause) and always carry some sort of nut or jerky treat to get a bit of protein if my sugar drops.

And maybe a surprise for Miss Abby. 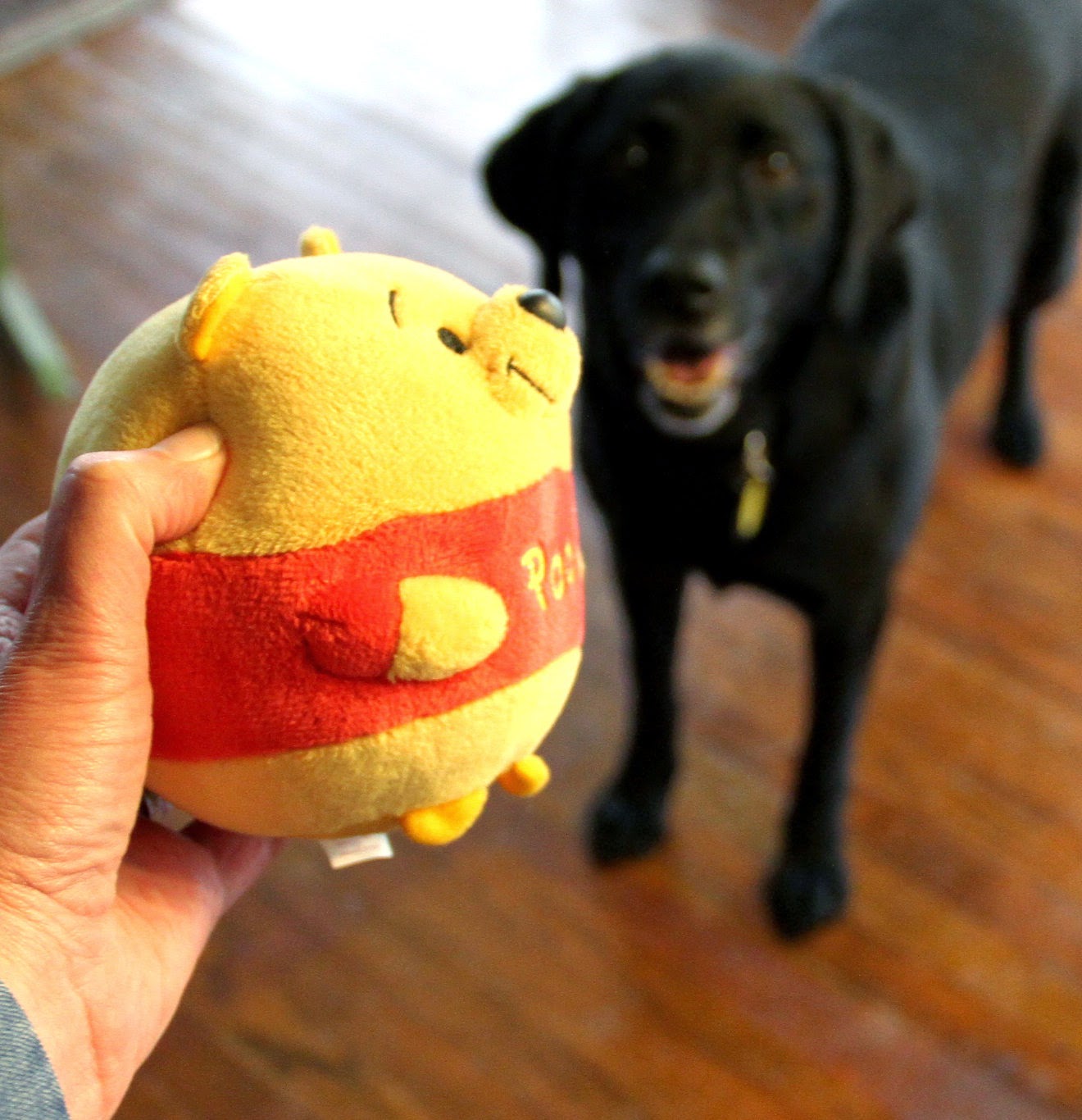 She just LOVES stuffies - her last Pooh lost his nose from a tooth snagging on it, but otherwise lasted pretty long.  She doesn't play with sticks or bones or balls, JUST The stuffies, some round, some flatter. She'll gently squeak them as she carries them around the house all day. Even this morning I found her new stuffed hamburger on her bed where she'd snagged it off the couch during the night.

She'll usually pile some of them up on one of her beds to sleep with her. Usually her favorites - Angry bird, Mr. Gator and the little red dog that her fella Frankie (and his wonderful family) sent her.

I remember arriving home from this last trip.  It was the middle of the night and I awoke to her toenails on the hardwood.  I then hear a snuffing sound, but I figured she was just grabbing another boy from the big box they go into when I vacuum, which I'd done earlier. But it sounded like it was the office where my briefcase was, not the space where the box is.  Oh well, she's just snooting around, I thought as I went back to sleep. 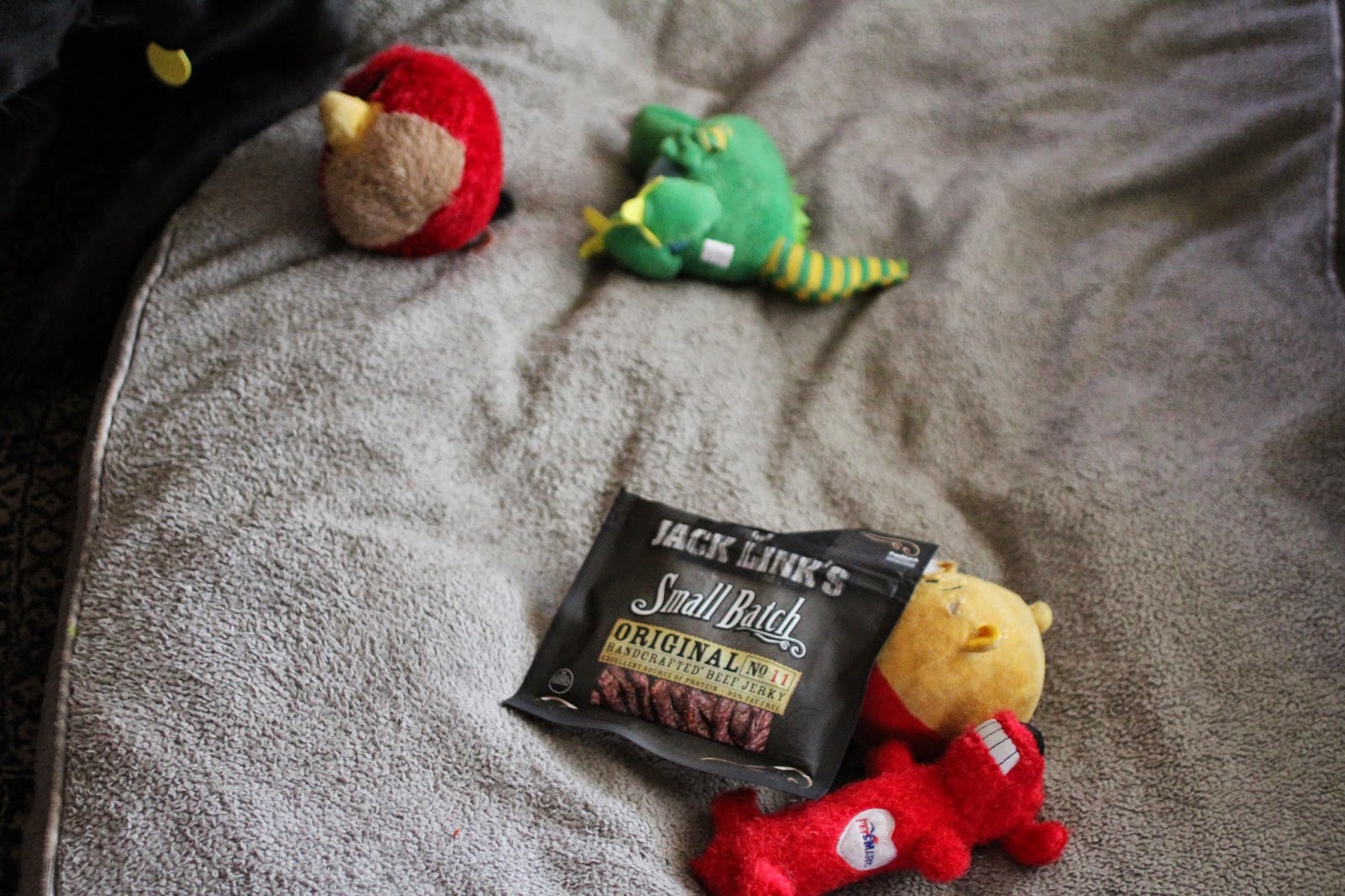 In the morning there was a surprise on her bed.  She'd snagged the puffy bag of beef jerky out of my briefcase.  She didn't try and gnaw it open, thinking perhaps it was just a really tasty smelling stuffed toy. 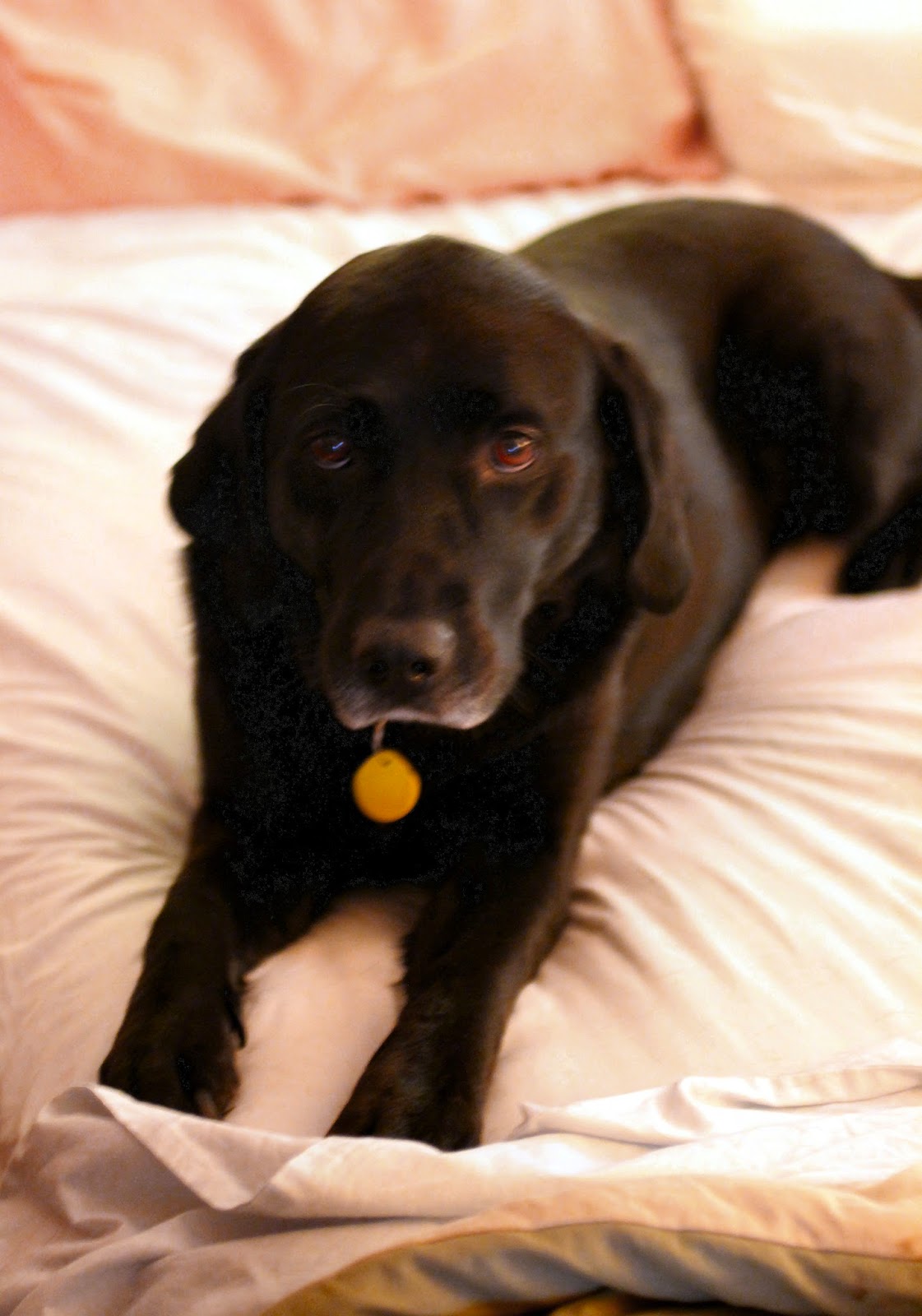 I was just keeping your bed warm until you came back.
Thanks for the new toy Mom.  It didn't squeak at all but it smells like cow!

I thought, as I put water on to boil for tea, there is the occasional week where my time at home may sometimes be short, but it is never boring. 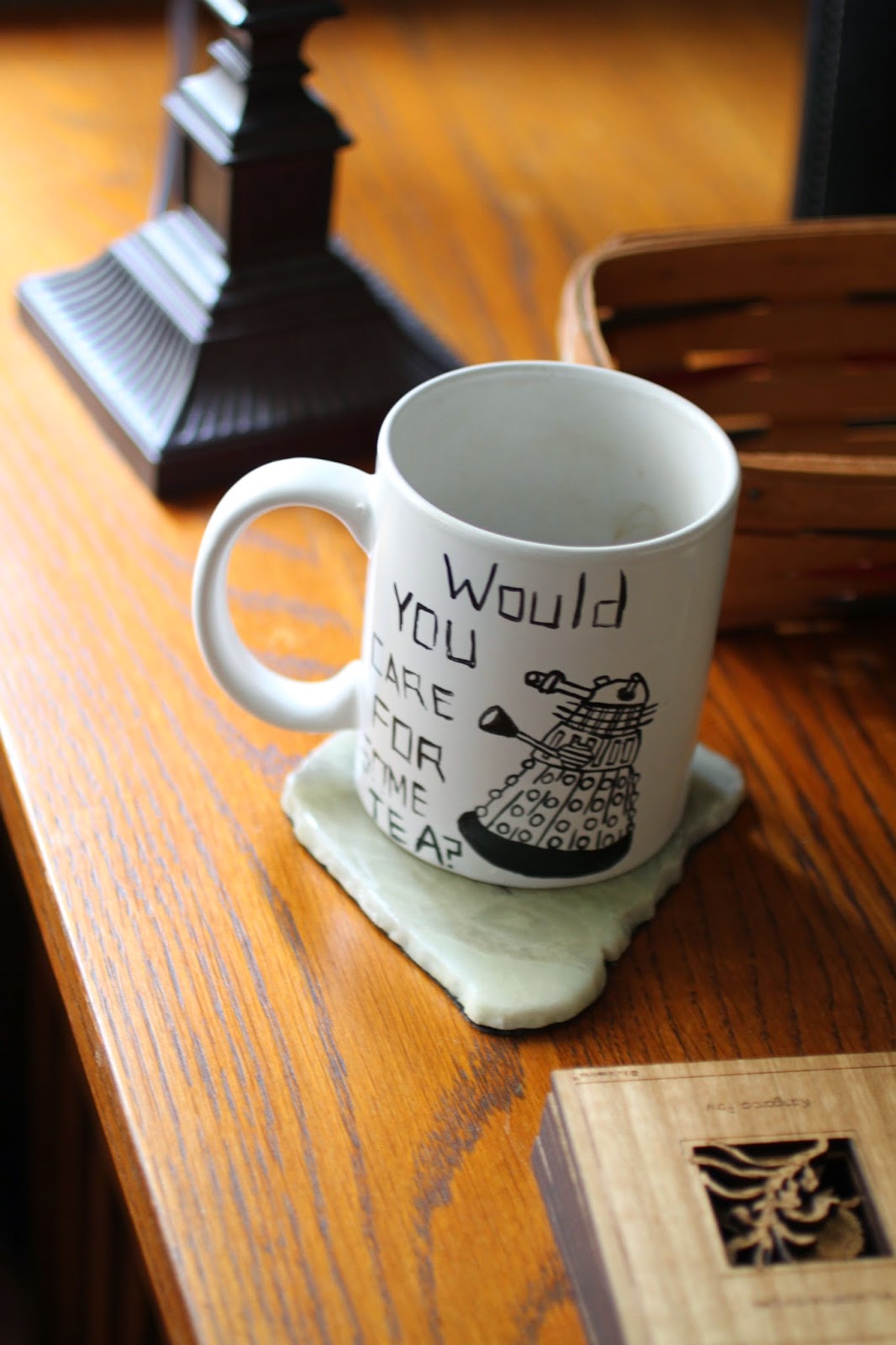