That TV Show Should Be a Crime 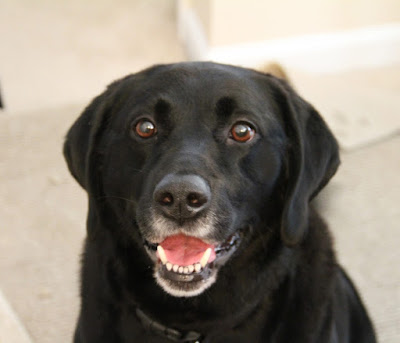 I watch very little TV, some Discovery Channel,  Mythbusters, Top Gear, Firefly, Castle, Dr. Who, Corner Gas, all on tape as I don't have a TV or cable (getting cheap tapes and watching on the big computer monitor is a lot cheaper than a flat screen and cable).  Mostly I'll join the rescue Labs on the couch and watch an action movie with my husband and have fun making fun of some of the technology-

Because I'm the second generation in a law enforcement field (my Mom was a Deputy Sheriff, the first woman in her county), the weapons in the shows ARE fair game and my husband just sits there quietly and chuckles as I pick apart the errors.

Picture the scene, a Sniper setting up on a hill to take out his target.

"The Gun is totally disassembled?"

Then, later on, towards the end.

"Why do all the bad guy guards have short barrelled AR15's? They're going to make so much noise that every cop in the county will be here to arrest all the now deaf people". 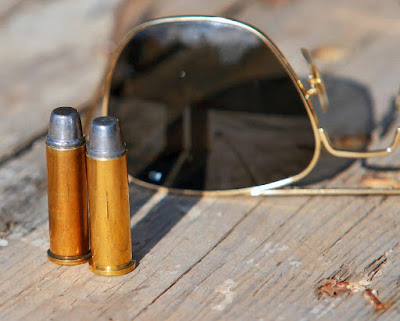 There's probably a reason guys, including my husband, never took me to the theater while dating . I almost got thrown out at the last one when a gal friend took me to Twilight and every time the bad CGI werewolves in wolf form talked like humans I'd exclaim like the talking dog from the Bush Baked Bean commercial  "Roll that Beautiful Bean Footage!
But with the Ph.D., I also have to make fun of the science in the shows.  So once in a while I just can't resist and  I will watch some CSI type shows on tape when my husband is on the road.

It's more entertaining than most of the TV shows out there now, so removed from actual reality that they hardly bear watching. The original CSI Vegas though I actually liked, shelving most of the science and just watching the interactions between the characters which were well acted and crafted. But the spin offs were sometimes painful to watch.. 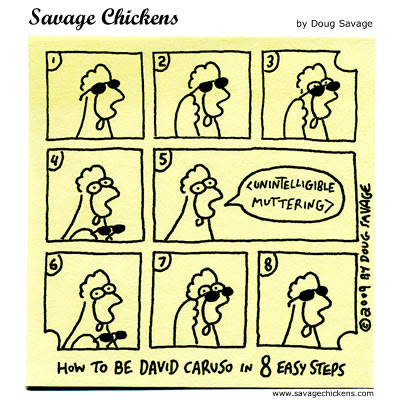 Opening Scene -Young party girl in the New York subway has her face suddenly start to melt while vomiting blood.

In the distant city, Mac the steely eyed investigator, to his date: "sorry" (damn, my beeper went off at the opera. . . AGAIN).

Here comes the CSI Team, back from their night on the town, arriving in terribly expensive fashion wear, from their homes or dates, with all the traffic, in minutes.

Mac (entering the scene with no gloves, no mask, no eye protection, as he bends closely over someone that looks like a sleeping supermodel, except with lots of blood splashed on her and the melted face.

"Detective Angel, What have we got ?"

Detective Angel, (Victoria's Secret Model in tight pants and a skin tight low cut sparkly t-shirt under her suit jacket) "Looks like a Chemical or a Biological ! ! "

Mac smiles and pokes closely at the body again, steely eyes glinting since he's not wearing any eye protection. 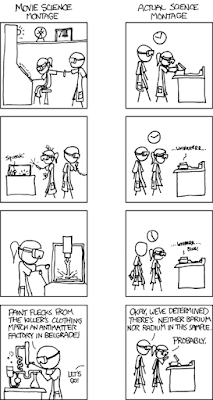 Dr. H.: "No pruritic macular or papular rash" (Good thing, as that might be Ebola or Cutaneous Anthrax, which means you're standing in the minefield.)

Mac: "So no hemorrhagic fever!" ( Wow Mac, you diagnosed with just that steely glance. You didn't even have to isolate the virus from the patients blood and have acute serum samples inoculated into tissue cultures of mosquito cells or directly into live Toxorhynchites or Aedes mosquitoes or try a Immunodiagnostic method such as detection of anti-dengue IgM and IgG by enzyme-linked immunosorbent assay (ELISA) and detection of hemagglutination inhibition antibody. Good job Mac, you'll have this solved before the hour is up!)

Pretty girl in a $700 outfit playing with something that I swear is an Etch a Sketch: "It's OK now! This subway tested negative for all hazmat and biologicals!"

Watching any more would have made me laugh so hard I'd spill my single malt. Besides they'll have their DNA evidence in oh, like 10 minutes. 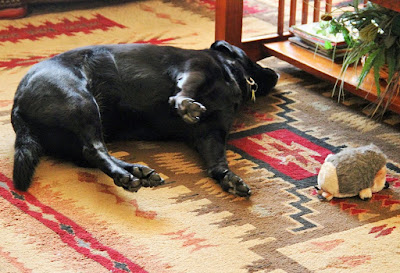 Forensic Science Dog will hold the dead pose (for a treat) until you get the chalk outline drawn.

TV is fantasy, what remains of a life is seldom so pretty. If you don't suit up properly, to protect yourself from elements, the terrain, or a hoard of nasty biologicals, you will likely join them on the next table. But then again the TV scientists never discovered that if you have a linoleum floor, some chalk, and liquid nitrogen you can make little hovercraft. . .