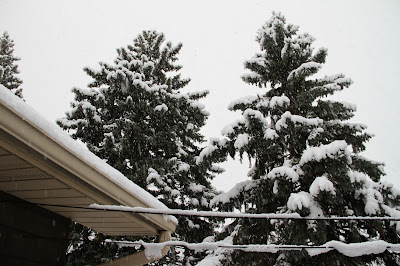 The old neighborhoods in Chicagoland usually have the houses very close together.  Especially the bungalows.  But whoever built Mom and Dad's house in 1915 bought another 1/2 of a lot on the south side of the house, and their neighbor bought the other half as those two homes were built, so they have a space on one side of the house and a nice little space on the other side, which make it seem like you're not in the city, especially as the house is set back from the road on a very deep lot. 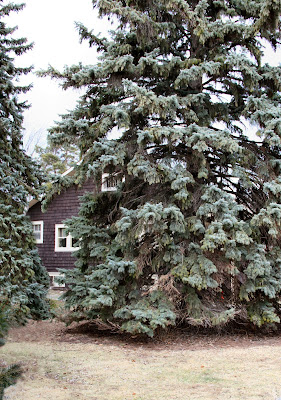 But two  of the 100-year-old Spruces are sick, and one had to be cut down, with another one, likely to die  in the next 5- 10 years.  So two summers ago, Dad planted baby spruces, which grew during the summer.

Only to be eaten by rabbits during the harsher days of last winter.

So THIS year, after replanting the trees yet again, Dad built up little cages for them to protect them. Here are three of them.  There are more behind the house. 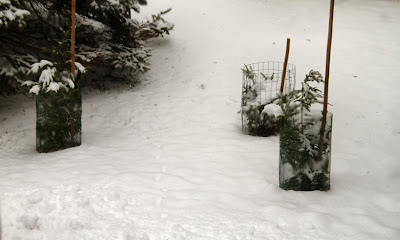 This morning Mr. Rabbit hopped down the driveway and then sat up on his hind legs looking at them with a WTD expression and I could almost picture the thought in his head "but they were so TASTY last winter!"

But Mom doesn't like to see small animals starve, so she went online to Chewy after her commute into the city to work. OK, this really wasn't her commute but that WAS Mom on the dog sled 87 years ago.

They have rabbit pellets~!

We just have a couple of bunnies that live under the evergreen porch behind the house.  Mom will see them in the yard, and they scoot back under the bush if they sense anyone approaching.  The fence keeps out larger predators like coyotes (we're near a huge city park system, where there are KINDS of animals)  so they like it out there, and since we don't keep a garden (Mom trades homemade bread for fresh produce that friends in the country grow) they don't bother anything, quietly nibbling the grass in the early morning and late evening hours.

So every year the lawn service guy comes by and offers to  make her lawn look actually presentable, but she says no as she doesn't want poison on the grass the animals eat in order to kill the weeds.  She says "I'm a redheaded grandma with a gun on my hip that lives in a house with a husband half my age. I give the neighbors enough to talk about without worrying about my weedy lawn!"

When her Chewy order arrives (they are SO speedy with delivery), Mom will put out some bunny pellets underneath the edge of the big evergreen bush they live under where I can't get at them.   That way, when everything is frozen over and it's minus 10 (which it is supposed to be this week) they will have something to eat along with some fresh carrots and spinach. 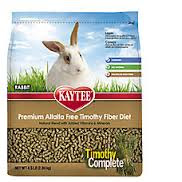 Mom likes to pretend she's a big, tough federal agent  like on TV, but I think Mom is just a big softy.