Ogden Nash Called it on This One. 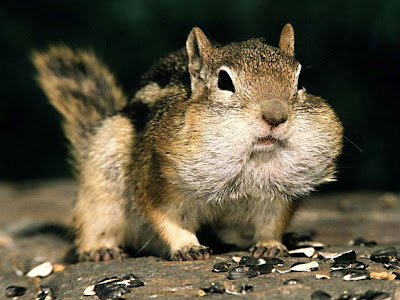 Some tortures are physical
And some are mental,
But the one that is both
Is dental.- Ogden Nash

Had a visit to the dentist a few days ago for a back molar that's given me some troubles.  It has a pocket in the gum that's developed back there due to an issue with a ridge in the tooth that makes it really hard to floss back there so I've developed a bit of gum disease in that area alone.  So they're going to go in with a laser and clean out any bacteria and then put a couple of stitches in it to shore it up so I don't lose the tooth down the road.  It does NOT sound like fun.

I've never liked the dentist. My childhood one's secret hero was the Laurence Olivier character in Marathon Man ("Is it SAFE?" ) and as a result, thought "gentle Dentistry" was only for wimps and enemies of the Reich,

I didn't even like getting them cleaned "your gums look sensitive LB - let me poke them with this prison shank".  Even the super nice ones annoyed me as they'd ask questions when I have a mouth full of instruments and I'd end up going full Chewbacca on them.

I am just a total dental wimp.

So I had put off going to the dentist for anything other than a cleaning for a few years and then I get sent off to the periodontist. (more letters equals more money).  A lot of things were different. The X-ray thing was this 180-degree imaging machine that made whirring noises as it circled me. I half expected an HAL-like voice to say: "I've just picked up a fault in the AE35 unit. It's going to go 100% failure in 72 hours."

There was a TV screen in front of my chair.  If they show reality TV, I want sedation. Note:  several people have said the sedation meds do weird things to one's brain. So If I call ANYONE at 2 a.m Friday morning and start singing The Lumberjack Song, Anchors Away, or Oh Canada just set the phone down and pretend it didn't happen. It will be our little secret.

But I was happy to find the periodontist was actually a very knowledgeable and kind man with a great support staff who made even the upcoming large four digit bill sound like a pleasant procedure, so I resisted the urge to stomp on him.  The dental assistant has even read one of my books (which may or may not be a help - oh look out - it's the prison shank!)

Still, I'm not looking forward to the procedure though my best friend offered to come over with hootch, smoothies, and mashed potatoes since my husband is away on a business trip.  Come back tomorrow for some photos of Abby Lab and general drooling.