The Best Kind of Proposals 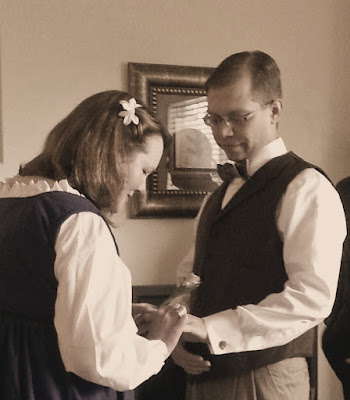 had a post up a while back about how she met her husband on Twitter and how he proposed.  I actually met my husband on the Internet.  It wasn't a dating website or anything like that.  I was writing for various magazines and had a very popular blog dealing with tools and cars and other popular "guy stuff" (since closed as Blogville is SO much more fun) and he was a fan and his Dad was Secret Squirrel, someone I knew well.  My name came up and an introduction was arranged. Due to our age difference (25 years) we were just "best buds" online, and talking on the phone for several years. Then we met in person and well, that, my friends, was that.  We were married two years later. The journey was chronicled in The Book of Barkley but for my friend Sam, tonight is the chapter of the proposal. 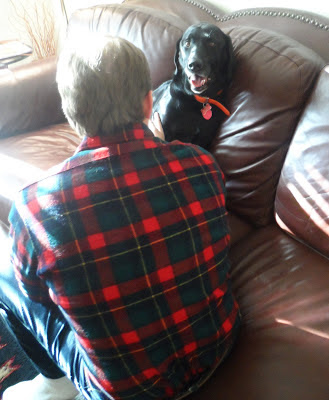 It was supposed to be a simple evening. It was an early day at work, but I was home in time to get a quick shower and get dressed up for a dinner date. EJ had been overseas for a couple of weeks on business and was flying in to see me for a quiet evening.  We enjoyed the evenings like this, making dinner together, both of us loving to cook.  Then we’d play an old fashioned board game or take Barkley for a long walk. EJ would play with him, talking to him as if he were human, while I got a bubble bath. Then we’d curl up on the couch, Barkley usually shoving his way between us, to lounge against us until everyone was sleepy.  Weekends we’d play with the tools in either his garage or mine, building on things stronger than wood.

Somewhere over the course of a friendship of many years and a bonding over bad knees and bad dogs, EJ became a big part of my life.  I’d missed him a lot while he was gone, our talks of the future becoming more serious.  Tonight, I was wondering, would he pop the question?

But first, I had to feed Barkley and take him outside to potty. 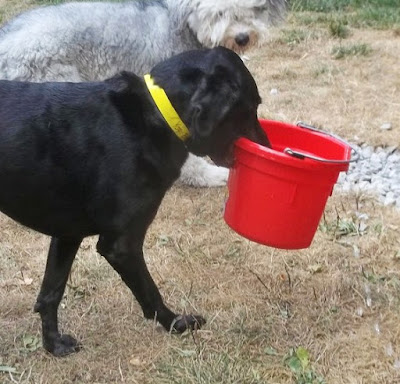 My neighborhood is a quiet one, with both young and retired couples.  I have a police officer on one side of me, a young couple on the other.  All of them are great neighbors. The young couple has a rescue dog, a smaller yellow lab/terrier mix. Barkley likes to bark at him out the front window but is mostly ignored, despite his attempts at engaging the hound by leaving his calling card on the front bushes.

The block was quiet, so in a hurry to get ready, I let Barkley out to do his business.  After that, he sniffed everything, then trotted in through the garage and went into the house, off leash, just as he'd done several hundred times. He'd patiently wait in the kitchen for his treat, while I cleaned up the deposit and a few others made earlier in my yard in the dark. One thing about a ninety-pound dog, if the barking does not scare burglars away, the land mines in the yard might. As based on volume, they might think you have a grizzly bear on premises. So I kept one of those big long-handled scoopers that is open on one end and has a secondary shovel-like thing to help gather everything up.

But as I finished that up, lo and behold, the neighbor arrived home with baby and dog in tow, the dog jumping out of the car off leash to go into his house. 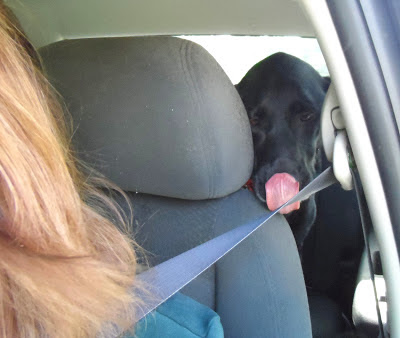 I wasn’t sure I could get all of his landmines in the scooper in one trip, but with careful balance, I did. It really was the perfect plan. Until Barkley heard the dog from deep within the house and rushed out the back door, out the open garage door, racing over to the neighbor's drive to finally meet their dog.

The neighbor dog did not like Barkley in his space, trying to make friends on his turf, and immediately launched into “bark bark bark bark” complete with crazed eyes and snapping teeth inches from Barkley's face.

It was all show; the teeth were not making contact though they could have, but Barkley was freaking out, never having been set upon by a weird stranger (if he'd on-line dated as the rest of us have, it might not have been so traumatic). So I lunged for his collar as my neighbor pulled his dog away, one arm stretched out, the other swinging up, not realizing what I had in my other hand (yes, you can see this one coming). 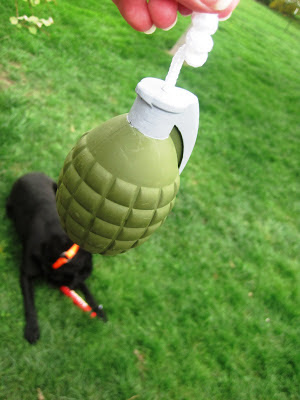 Pooper Scoopers make a dandy catapult with the right angle and force.

The load of dog poop went up, and then, as gravity is likely to make it do, it came down.

It was raining down on their driveway like a bad day in (so glad my coat is brown).

The dogs are now suddenly friends, sniffing and wagging tails, the neighbor apologizing profusely as he takes his dog and the baby from the car seat and goes inside to get the family situated.

Barkley back inside with the door firmly closed, I got paper towels, a plastic bag, a broom and water to clean their driveway, which I was doing, hair disheveled, looking like I was a very sore loser in a game of Poop Paintball.

Just then EJ rolled up, all dressed up, more than for typical travel, with a bottle of expensive wine.

I think about all he could have said if he weren't laughing so hard, but what he said was, "Would you like red or white wine with that?” - LBJ