Requests for a Prayer 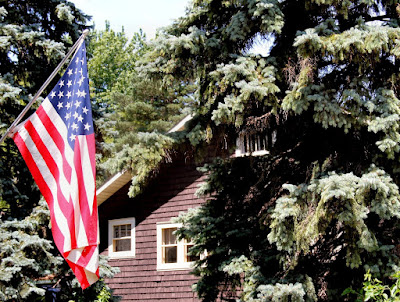 This is not related to anyone's beloved pet or personal family member but something I witnessed today that still has me a bit shook up.

Given my line of work, I'm used to lots of mayhem, torn and often burned flesh and dead bodies. But they're all strangers to me when I meet them in the field, or on the autopsy table.

Today a neighbor was getting a new roof. I was teleworking getting some reports knocked out. The roofing crew started early morning and was still working insanely hard late afternoon. The homeowners were gone, not wanting to hear the noise all day, so I brought water and cookies and another male neighbor offered up his bathroom should they need it. No one spoke English but they all understood water and comfort and were very grateful.

Just before they were about an hour from being done for a day, the job site went totally silent. Then the ambulance, police, and fire engine showed up. One of the men, a cheerful middle aged Hispanic man, had fallen from the steep pitched two story roof onto cement. A neighbor that witnessed it said, "it looks like he has some bleeding from a cut on his head and badly hurt his back".

Then I watched him get loaded into the ambulance.

He was unconscious and his body and arms were positioned in the decorticate response posturing which indicates severe head trauma. Traumatic brain injury (TBI) is usually combined with cervical spine (C-spine) injury. Once in the ambulance, they didn't move for over 10 minutes which means they were likely performing endotracheal intubation with adequate sedative or analgesics and a muscle relaxant to prevent an increase in intracranial pressure during that intubation in the TBI patient. Recovery from such an injury is unlikely.

Even sadder, the rest of the obviously traumatized crew had to keep working the job until dark, now short one man. The roofer's trucks were unmarked, no one spoke English and there were no OSHA safeguards in place for the roof work. If OSHA shows up to investigate tomorrow I'll be having a long chat with the investigator. I don't care where you were born or whether you are working on a green card or not. There are moments we are all simply human, deserving of safety and care.

I do not know his name but I will be praying for that kind, cheerful man and his family tonight.
Posted by LBJ at 6:50 PM