Gathering Around the Table 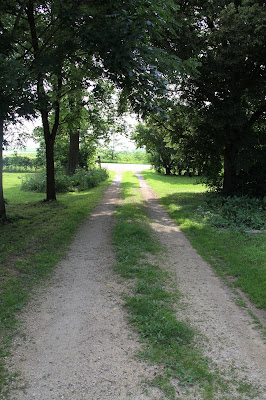 As I wrote about earlier I spent a couple of days over the 4th with an author friend I met online, through a mutual longtime friend (also another author).  Katie lives just a couple of hours from me and after a number of internet chats we met for lunch in person in the Western Suburbs of Chicago with her husband and mine joining us.

Katie writes about it

and I was touched by how she captured our connection and how vulnerable we can make ourselves as we offer a hand to someone new.

I'm not a very social person, outside of blogging. I tend to hole up and write in my spare time, my hobbies are singular.  My husband calls me a "gregarious loner" and I think that sums it up pretty well.  But it's always interesting when you meet "in the furs" as we say in Blogville, with someone you'd only previously known online. I met my husband after he'd been my closest friend on the internet which later included lots of long phone calls over a period of several years. On the day I met him in person, although I would have never with my scientist's brain said "love at first sight", as I waved to him under the fierce August sun it was as if the earth had released some secret store of its fiery heart, and I felt more alive than I had in 20 years.  Two years later we were married. 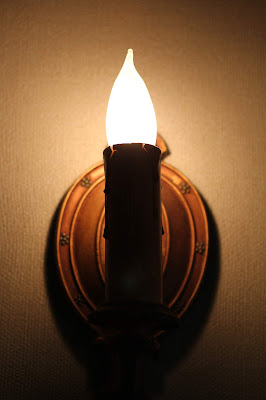 But there is always that bit of uncertainty when you meet someone for the first time in person.  On rare occasion you find you really don't have much in common, and part on a wistfully kind note, knowing you likely won't see each other again.  Still, there's some sadness there, as you wanted a connection yet in meeting them felt they had such wonderful things on their heart to say, but you weren't able to decipher the words.

Then sometimes you meet someone that bears so many similar stories to your own, someone whose absolute presence was literally brand new to you, someone so near, yet still almost a stranger, and you find, to your delight, that with them you have a greater sense of your view of the world than you had known when alone. 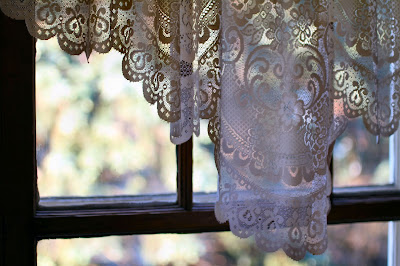 You find yourself talking, late into the night, like school kids, as the field grows quieter, the moon glow seeps like liquid into the stars, and the spreading crowns of the trees outside the window slowly withdraw into the night. It was after midnight before you realized the time, the sky full of one bright reddish star as if it were one lone expelled spark of the night's fireworks display.

My husband and I aren't really set up for visitors.  We have just one bedroom, the master bedroom having been turned into my office for writing my books and a den to watch old movies at night on the large computer monitor.  But we regularly have people over for meals, widows, and widowers, and the elderly from the church, people that went to university with my husband and friends I had before I met him. 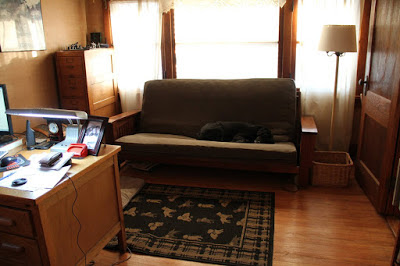 Moments with longtime friends like that are good, the room rumbling with sounds of comfortable enchantment as we laugh as a family does about our weeks.  Then there's sometimes just silly banter of shared experiences, things that would mean nothing to others.  In one certain bunch just deadpan "cat . . . on. . . . fire" and someone will be snorting wine out their nose (and no, the long-haired cat suffered no injury in that little Christmas debacle). Sometimes we will share things of a deeply personal nature, for support, for prayer, the words almost a vibration in the air as if a violin string were gently plucked. Then two minutes later the room is erupting with laughter again as glasses are raised, and good food is shared. 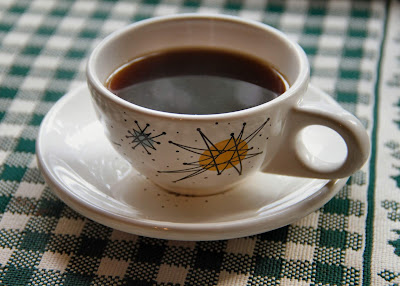 Then there can those moments that are simply viewing the last vestiges of light on a country horizon with someone who opened their home to you.  You really don't need to talk, just enjoying the companionship of a friend, the sky at the horizon so crystal clear it is as if the descending sun in nothing more than a golden ball that will shatter the horizon like glass.

Such moments, whether with old friends or new, enrich us in the same way.  As people who have lived life fully, sometimes recklessly, sometimes isolated by our own accord, we have all had our hearts broken at one time, sometimes more than once. In that brokenness, so many things can enter our hearts - fear, shame, betrayal, anger, hope, faith.  But when gathered around a table, holding hands and saying the blessing, there is only acceptance of those bits of those elements of light and dark that find a home in a human heart.  That is our blessing at our own table, just as it's our forgiveness at the Lord's.
Posted by LBJ at 7:24 PM