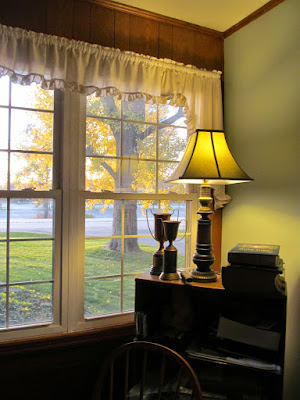 CHAPTER 17 - Do Not Ask For Whom the Dog Barks, He Barks for Thee

We had survived the winter in our new house, the snow here, not nearly as deep as in the last state we lived in, although I shoveled more than I had planned.  I loved having a fenced yard though, even a modest chain link one.  I could let him in and out without a leash, wind or cold.  He seemed to know, however, when I was not looking my best at which point he refused to come in from the depths of the yard until I came out on the deck in a fuzzy bathrobe, wild red hair, and slippers to call for him.

“Barkley, if you’re trying to help me meet a nice guy, this is not the way to do it.”

Sometimes I’d have to go out to get him to quit barking at the ducks, at the geese, at a leaf floating by on the surface of the pond.  I was trying to teach him not to bark at nothing, only at a real threat. I'm not sure if it was helping.  Sometimes he’d just stand by the front gate and selectively bark as if he had some form of Doggie Tourettes.

I was trying to teach him good from bad barking habits.  So if he barked at a tiny bunny I’d say “Barking BAD!" If he barked at stranger hanging around the front sidewalk, even if likely harmless, he heard “Barking GOOD!"  He then got a little treat.  That kept more than one door to door salesman away as his bark sounded like it was coming from a huge Mastiff. He wasted no time with the allowable barking, wanting that treat as soon as possible. 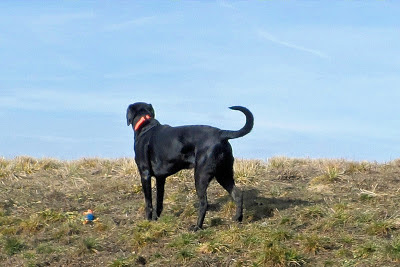 He also knew the word “company.”  You might bark at company, but "company" meant someone was coming over and that meant food and treats and people that might be suckered with big brown eyes into giving him goodies.  With that word, he would still bark, and loudly, but his tail would be wagging.

The whole back side of the house had windows that faced the pond that ran between two blocks of homes.  Barkley always assumed his position of protector on the little loveseat against the window, looking out across the back of it at his territory as it grew dark, a small form of courage, and a heart big enough to contain the world.

One evening we were relaxing to some quiet music, Barkley in his usual position on the love seat. The lights were dim; the outside lights not on yet.  The shrubs formed foreign, almost, ghostly shapes, the limb of the tree a black gash across the moon.

I could hear music from a distance.  Across the water, it looked like the neighbors were having some party, windows open, adults in and out, smoke from the grill. It wasn’t overly noisy, I was just aware of it. 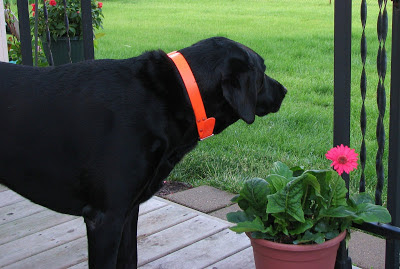 Then I noticed movement behind my chain link fence.  I looked out.  It was dark, but in the flash of a cigarette lighter, I could see it was the kids of that neighbor and their friends, probably sneaking out of the house during the boring parental entertainment.  They likely figured no one would see as they lit an illicit cigarette trying to look both older and cool, achieving neither.  They likely weren’t up to any mischief, but I didn’t want them sitting out against my fence, throwing their cigarette butts onto my property.

Barkley has a low growl in his throat.  I looked at him and said “company,” as the kids weren’t up to any harm, just teens being teens.  But I had no intention of this becoming a habit and picking cigarette butts out of my yard every Saturday morning.

I looked at Barkley, his tail now tail wagging, and pointed out toward the fence, and said “Barking Good!”

I then opened the door, the porch light off.  But for the light across the pond, it was pitch dark outside, Barkley fading like the intangible form of some dark, quiet shadow into the silent night. 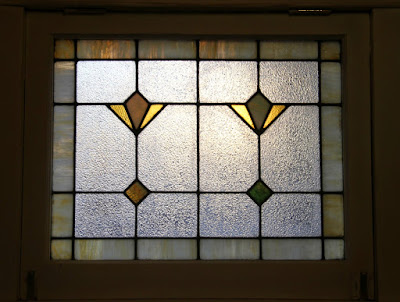 I half expected him to launch into the bark immediately, but he did not.

Instead, he rushed at the fence in the darkness, invisible on the air, until he was six inches behind them, at which point he launched into a full-scale bark.

I heard the squeals and heard the rushing of movement, as the kids flew like a flock of pheasants away from those imagined teeth and that fence.  I’d be willing to bet at least one of them wet their pants.