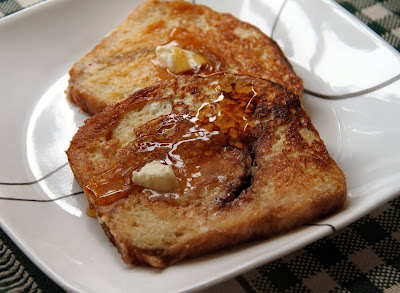 INSTRUCTIONS
1. Mix the 2 tablespoons sugar with the warm water in a very large bowl. Add the yeast and do not stir. Let it sit for five minutes. Add the oil, salt, and flour. Mix by hand, adding more flour as necessary until the dough forms a large, soft ball. Flour a table or work surface and knead the bread for 5-10 minutes.
2. Place the dough in a lightly oiled bowl and brush the top with a little extra olive oil. Cover the bowl with a damp towel and let the dough rise in a warm place for 1 hour. It should be very puffy. Divide the dough in half and punch it down.
3. Preheat the oven to 350 degrees. Roll each half into a large rectangle. For more tight rolls in the bread, roll the dough thinner. For thicker softer rolls in the bread, roll thicker. Mix the cinnamon and sugar in a small bowl and sprinkle over each loaf. Roll up the loaves tightly and let rest for a few minutes before putting in the oven.
4. Bake on a cookie sheet or baking stone for 30 minutes, or until it sounds hollow. When in doubt, overbake this one. It might look brown on the outside, but that’s okay because the inside really needs to bake all the way to get the layers filled out. Cool before slicing. 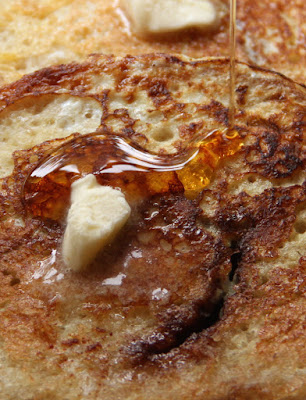 French Toast – in 8 x 8 pan mix 2 large eggs, a generous splash of milk (about 3 Tablespoons), 1 Tablespoon of sugar and ¼ tsp Vanilla. Whisk. Dip six pieces of bread in batter on both sides and cook on an oiled griddle until browned. The cinnamon sugar will make it "stick" more than regular FrenchToast with white bread so work the spatula under it a couple of times as it cooks.
Posted by LBJ at 7:10 AM