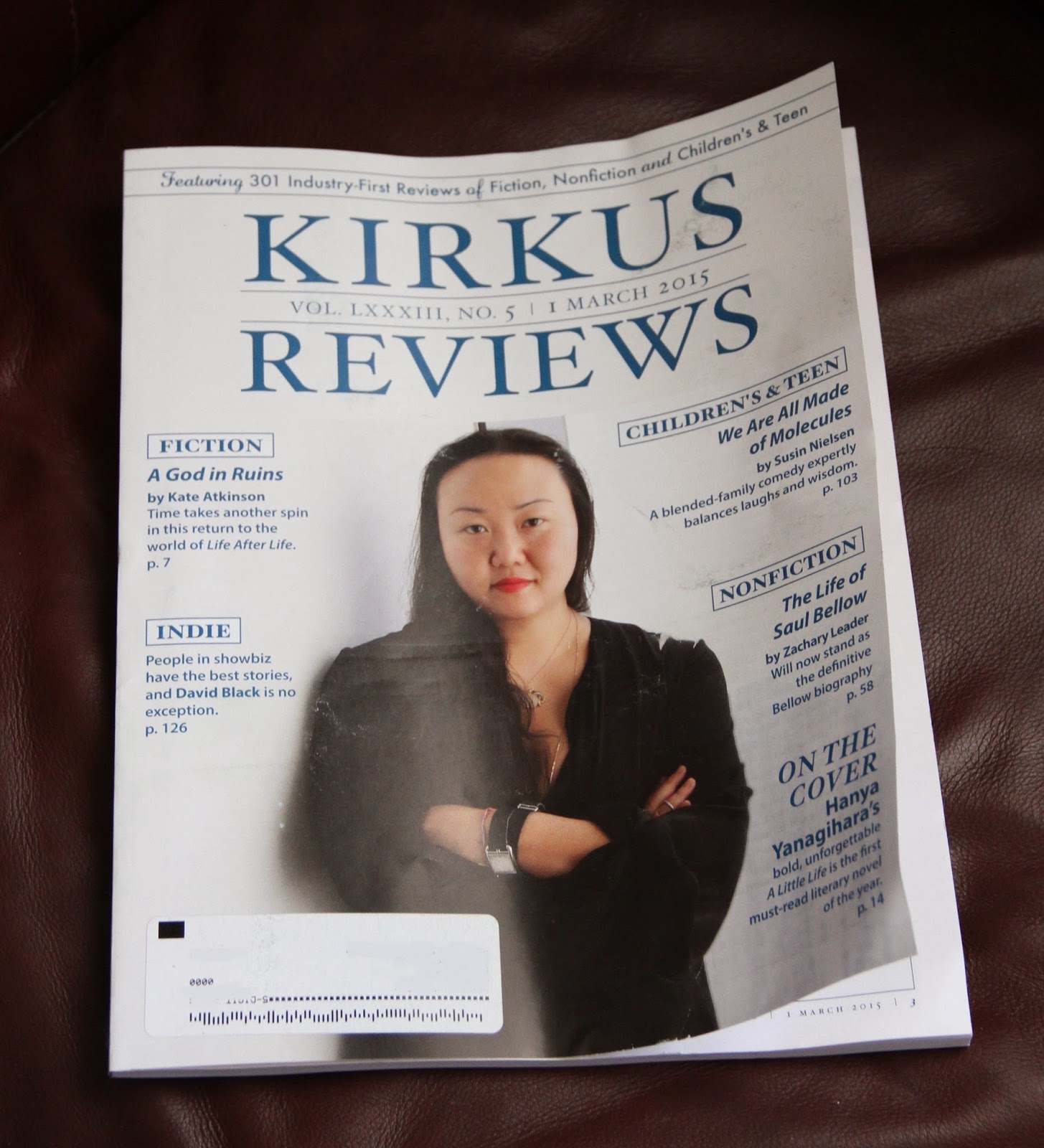 Really - she should close the curtains first.

Mom picked up the mail and there was Kirkus Reviews Magazine. Kirkus Reviews, along with the (London) Times Literary Supplement is considered the gold standard for serious authors, and readers who care about serious books. One of her good friend's dad is a University Professor and he always subscribed to it (it's not an inexpensive magazine). Mom says they are known to be fair but brutally honest - especially on new and Indie authors. Some writers told her not to let them review The Book of Barkley, but she did - trying to spread that story beyond the pages of a blog and amazon and hoping that would lend her some "literary cred" as more than a scientist who blogs.

They put it as an Indie Book of the Day in January on their website, saying how much they loved it, and she was so happy.  But she knew, that less than 10% of the books they review end up ever in their magazine. The selections are 100% at their editors discretion, and they typically choose the strongest reviews in a variety of genres,

So when she opened up the February 15 issue today - there was happy dancing going on. 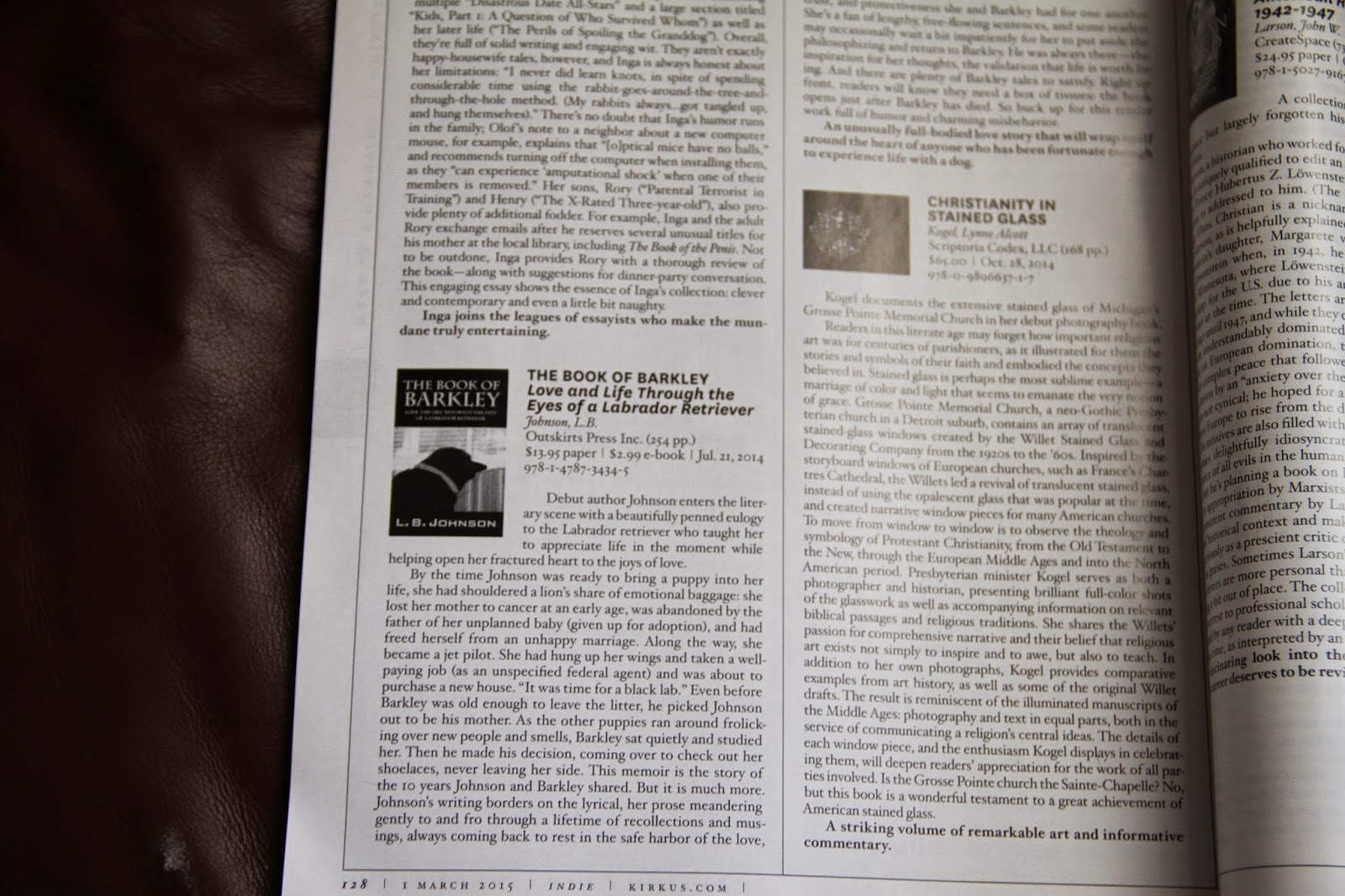 I'm going to act like I'm super excited and dance with her and maybe she'll give me an extra treat! 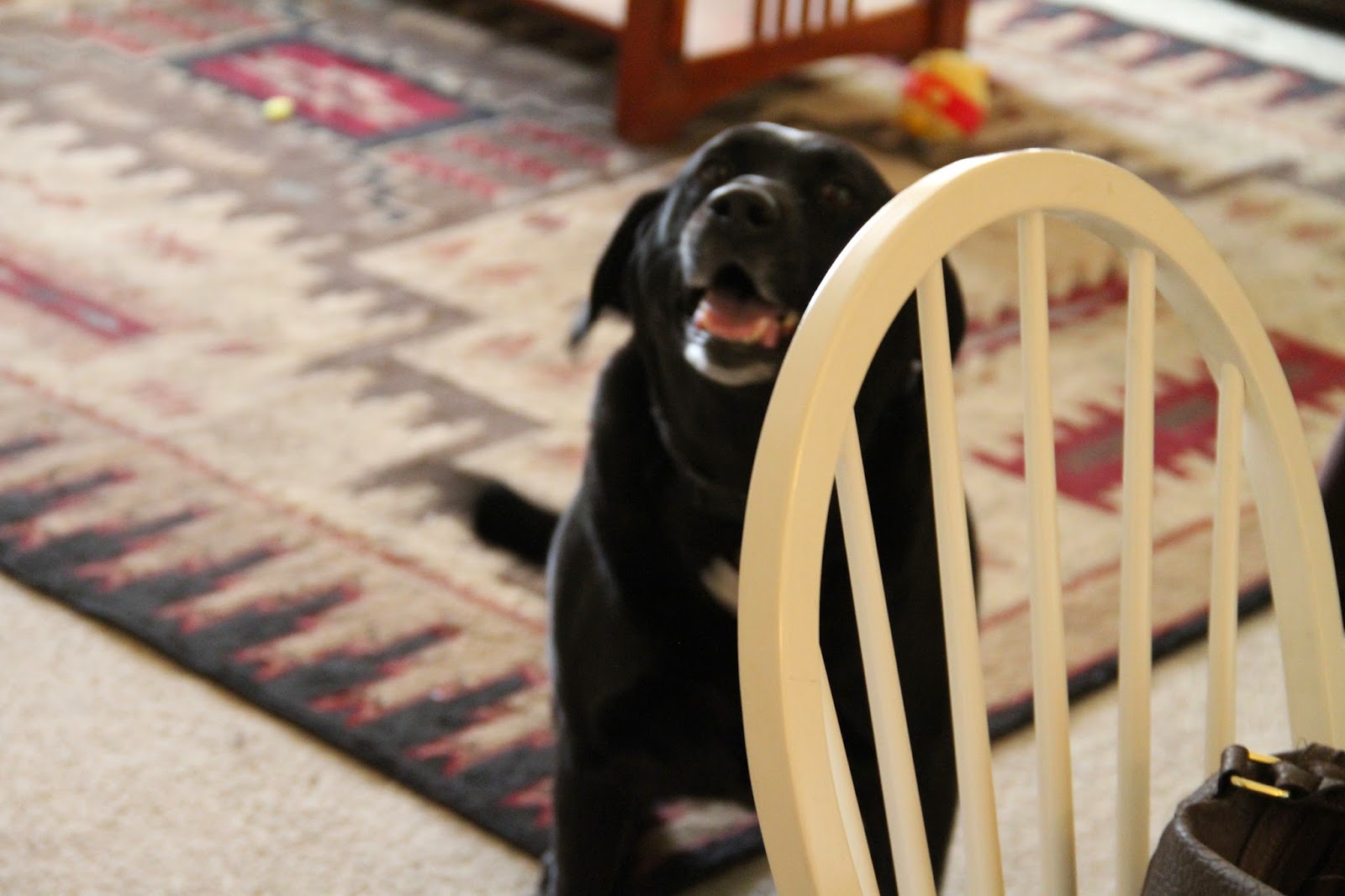