The Fender Bender Story - By the Squirrels 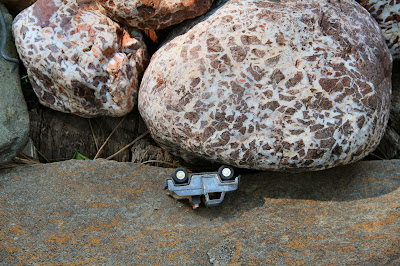 We live pretty close to an intersection of an often busy road I NEVER turn left on across the four lanes, as there is no traffic light on our street, there is a big store right on the corner with a blind spot, and in the very early morning, with the sun coming up in your eyes and not everyone with their headlights on coming from the cross streets, I'd rather avoid it. I go over a block using a back street to a street with the traffic light with a left-hand signal to head to work, even though it's a longer drive and the traffic light is SLOWWWWW due to the amount of traffic on the main road during rush hour.

But my husband always braves turning left from our street when traffic isn't heavy. I think he won't in the future. He got hit by another car he couldn't see yesterday morning at the blind spot which really messed up his car (new cars, I believe are made out of packing pellet material), and we'll be down to one vehicle for a couple of weeks as it's repaired. Fortunately, there were no injuries requiring medical attention, the other driver has the same insurance company we do, and the police did not cite either of them.

But the squirrels got an eyeful and will recreate the accident for our friends. 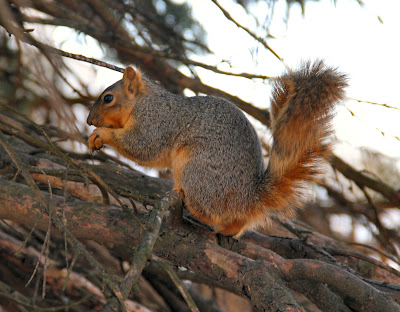 OK, I don't see anyone, I can slowly go out into the intersection. 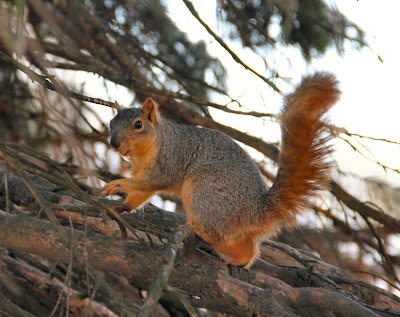 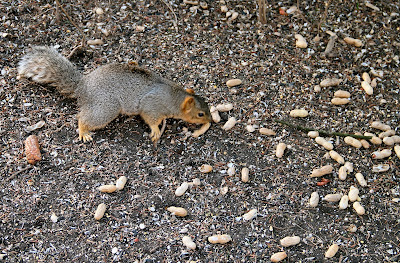 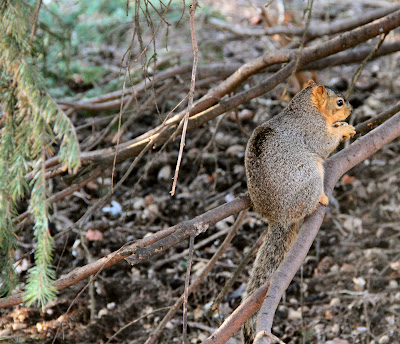 At least there are some possible witnesses. 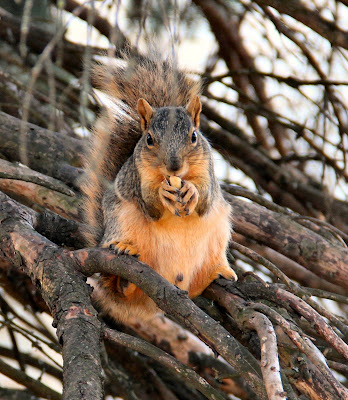