Teaching My Fingers to Fight 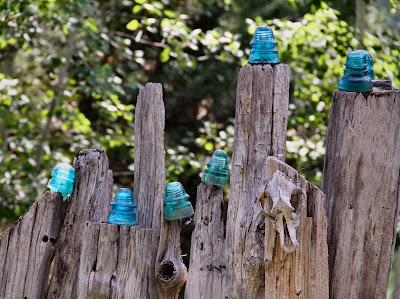 Blessed be the Lord, my strength, who teaches my hands to war,
and my fingers to fight.
- Psalms 1:44

For the family of Leonard Zickler.

On  a trip home to my hometown, before his death, I took my big brother to breakfast one morning while Dad was at the doctor. Not feeling so good after chemo, he went only to please his little sister. Before we dug into our plates we prayed. As we bowed our heads, the entrance door opened with a waft of cold air and the murmur of pouring rain. I looked up and noticed the people at the next table were not looking at the door, but rather, at our table, as if our actions were unknown to them

My brother and I were adopted and although not related by blood my family shaped me in ways I'd not have known otherwise.  We grew up in a small logging town, a community both inside, and outside of the church.  I was raised with the values of my parents, meals taken as a whole family, said around the table, with Grace always being spoken before we began. 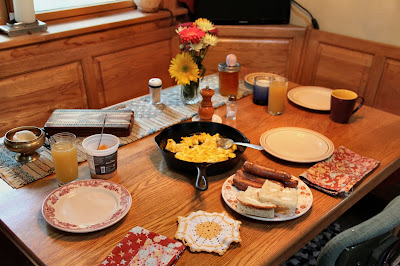 When I go back to my hometown now, we still eat at that table; we still sit in the same pew in church. There's comfort there in that community of saints and sinners. As we pray, I glance at my Dad, who has lived a life of total love, service, and honor, sensing how his heart will soon fail him. It's a strong heart, a good heart, but it is failing him more each day. He sees me looking at him and puts his hand on mine as we bow our head in the silence that is not silence but is innumerable.

Is that fair? Yet, he's had almost seven decades more than his first daughter, born in extraordinary perfection, simply too early and too small, the awful perfect prayer of his firstborn, who breathed only days, my mom rendered barren from the travail of the birth. Yet from that death came life, adopting children no one wanted, and soon the table was filled, with small hands, small hearts and much laughter.

Had my parents closed off their hearts in that original loss, that table would have been silent. Although I’ve already lost my Mom, who died when I was in college, my Stepmom of 28 years, a baby of my own, my first husband, my brother, and soon Dad, they leave me with love and forgiveness, just as my heavenly Father does. 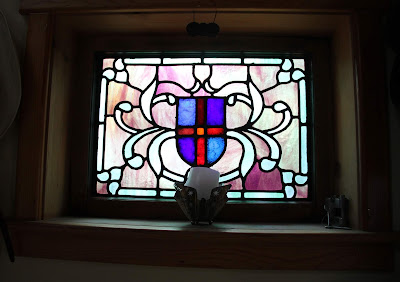 I've certainly had to ask for that forgiveness in my talks with God. For I talk to Him regularly, in the woods, when the light has a weary quality to it, like a backwater pool of light lying low, winter's light is crisp, clean, illuminating everything so clearly.  The words are less than wishes and more than regrets, and even if I didn't state them out loud, I could hear them with my breathing as they gathered within the intent of breath and came forth in a rush of cold air, invisible words going up to an invisible God.

Sometimes He and I talk as I'm standing in the middle of a scene of dark desolation and crime scene tape, black bag in my hand, red smeared on my boots, as bold as if painted on a door frame, a sign, that for tonight, I was to be spared.  Perhaps this one time I did not save His sparrow which He perhaps neglected to mark, but I am here to reconcile the remains. It's just talking, but it's still a prayer; prayer being more than the order of words, the conscious calling of the mind that is speaking, or the sound of the voice praying. I do not expect to hear anything back, the communication between us tongued with fire beyond the blaze that is dying next to me. But it's comforting, words spoken into the void, penitence, and belief, as all around hope is falling into embers. He may not respond, but He is there, Never and Always. 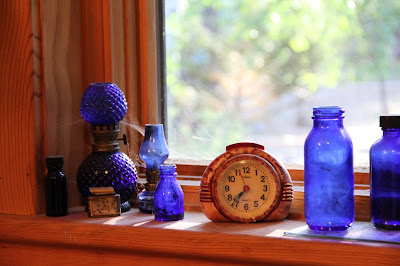 So I do not care if someone looks at me oddly if I bow my head. I only smile when someone says, how can you do that with all that you've seen, the pain and harm that man can inflict on one another?

But I can, for I have come to realize that the same God that seemed to sit silently while hearts ceased beating, also blew life into everyone else around me that I love deeply, now shaping their strong hands and putting the spark in their vision. So it is, I don't clench my hands in anger in all that I've witnessed, have borne, but simply give thanks. God writes death on all our hearts, just as he writes life, our story penned as much by our actions as His creation, our heart a journal that only we keep, its entries scribed by both man and God, it's ending as much as a mystery as we are.

I, for one, am thankful for the words. 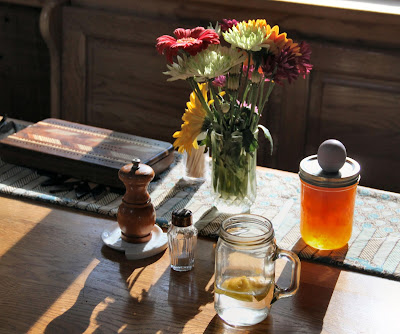 This year will be five years since my brother passed, the few precious things he left me, on the shelves with other treasured things where I can see them when I wake up each morning.  Small, simple things - powerful things

With my morning meal, I will say a prayer, of thanks for that and many things. For my brother and his brave heart. For those that prayed for me over the years, even when I didn't deserve it. For forgiveness of sin, for those, we have lost and may soon lose, for the blessing of the one that loves me, even in my imperfections.