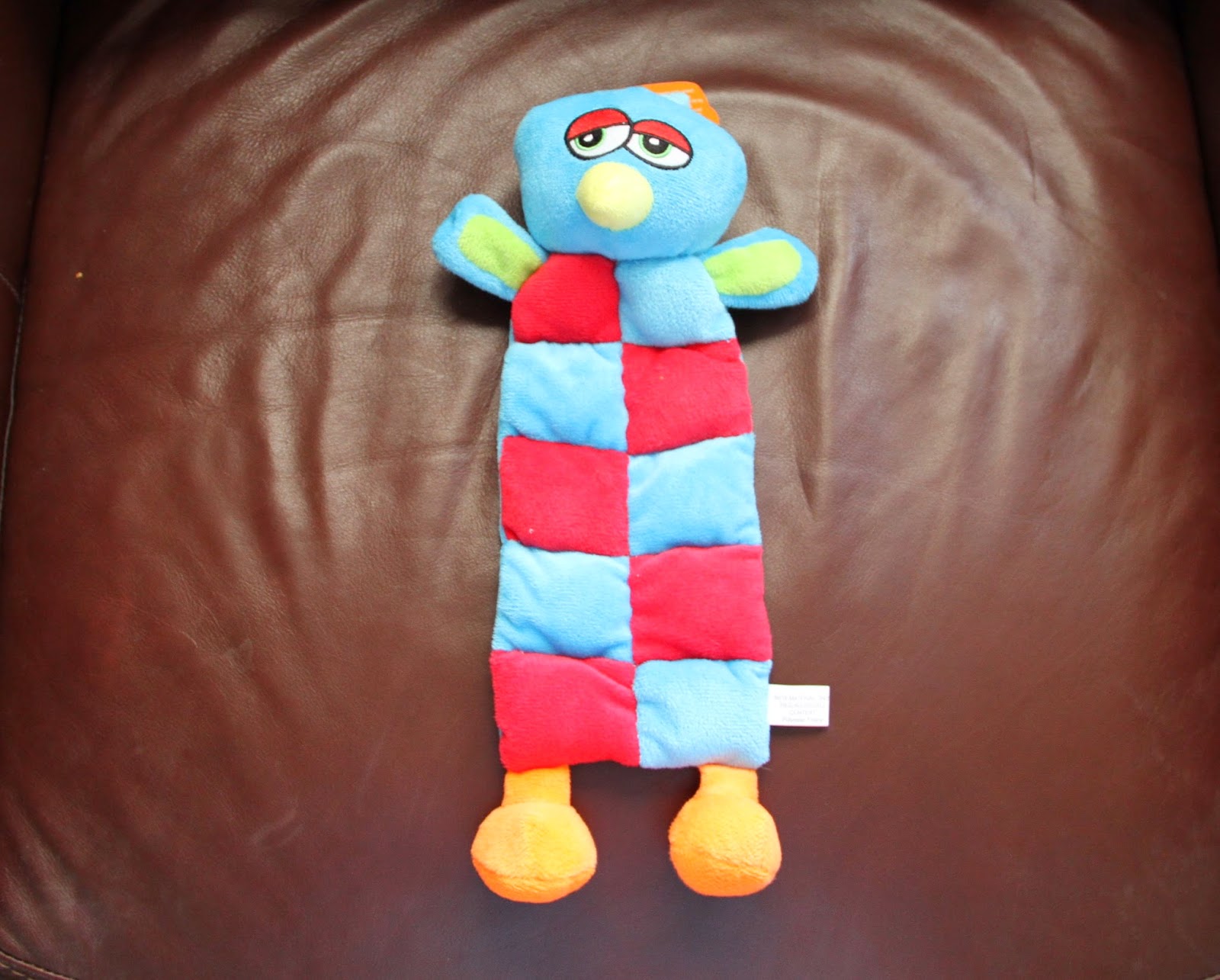 Saturday morning involved a trip to the BigDogMart to get Abby's nails clipped. While there, I saw some dog toys on clearance. Most  had squeakers, but those can be pretty annoying.  Not as annoying as the one Barkley had that was a soccer ball that when squeezed played a recording of the Spanish guy who yells '"GOOOOOOOOOOOOOAAAAAAAAAAAALLLLLLLLLL !!" at the soccer games.   Barkley would bring that into the bedroom at 2 a.m. and set that thing off a couple of times, which probably made the neighbors who shared the wall in the other half of the unit seriously wonder about my love life.

No soccer balls today, (Sorry Blogville Barkers).  The sale items were various Island of Dr. Moreau toys.  This one had not just one but TEN really loud high pitched squeakers in it. It wasn't just painfully annoying it was painfully annoying times ten.

That's not going to be fun for anyone with two legs.

But sometimes it's worth it.