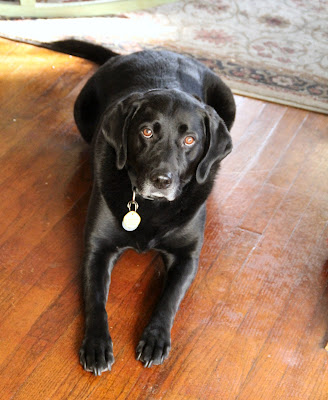 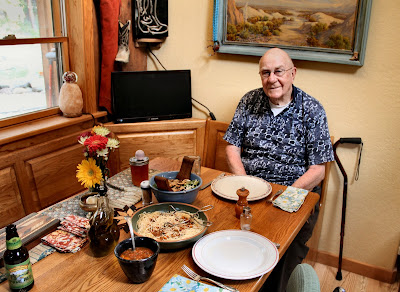 Even at almost 97 and with late stage congestive heart failure and prostate cancer, Mom's Dad is fairly sharp mentally.  Mom takes care of the bills as that was getting difficult for him, even as a former LEO turned CPA. But he still enjoys card games and cribbage and usually wins and can hold a lively debate on current events or history as he still avidly reads.

But if he's had a rough night's sleep, he can be a little out of it the next day.  He stays sometimes with Mom's cousin Liz, who is like a daughter to him and who has a home out in a rural setting that he enjoys. Normally it's quiet, but every once in a while there will be a neighbor's dog barking, or loud vehicle going past that will wake him up. Last night was one of those nights.

Mom called and he was doing his favorite activity - sitting in a recliner watching sports.

After the usual sharing of daily activities with Mom he said (quite excitedly):

Parents - you can't make this stuff up.